Have You Sustained a Coup-contrecoup Injury in San Diego?

If you are the victim of this type of injury caused by a bicycle accident with a car or truck that wasn’t your fault, you may be legally entitled to monetary compensation. In order for you to receive the full amount that is rightfully yours, you need the guidance of an injury attorney and legal team that has been through this process many times before. The San Diego bicycle accident lawyers at Jurewitz Law Group Injury & Accident Lawyers are experienced and ready to fight for you so that you can get your compensation and then get back to your life. Call us today at (619) 233-5020 to discuss your accident with a Jurewitz Law Group Injury & Accident Lawyers injury attorney in a free consultation.

What Is a Coup-contrecoup Injury? 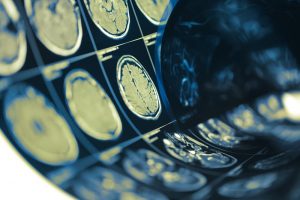 Symptoms of a Coup-contrecoup Injury

The symptoms resulting from this type of injury may vary depending on factors such as the severity of the impact and which brain lobes are affected. Some symptoms may be similar to concussion symptoms, such as:

The direct cause of these symptoms may include brain bleeding and swelling of the brain from the initial impact. Diagnosis will likely be by MRI or CT scan. This type of brain injury is serious and requires immediate medical attention. Given the nature of this injury, the potential for permanent, irreversible brain damage is high.

Medical treatment after a coup-contrecoup injury is critical and may be focused on minimizing the injury and preventing it from getting worse. In order for both of these goals to be achieved, it is essential that the victim receives medical care as quickly as possible. Treatment may include neurosurgery, medication, rest, and continual monitoring to make sure the victim’s condition does not deteriorate further.

Paying for expensive medical procedures should not be the responsibility of the victim if the injuries were caused by another party. We will hold the at-fault party responsible so you can rest more easily, knowing that the staggering medical expenses are covered instead of worrying about how you will pay for these overwhelming costs.

Who Is the Party Responsible for Your Injury?

In order to prove responsibility, you and your legal team must prove that another party caused the accident through their negligence. This term basically means that someone either failed to act safely or that they caused harm through their actions. As part of the evidence, your legal team must also prove that the other party’s negligence directly caused your injury. This means that if the other person had performed their duty to act in a safe manner, you would not be injured. 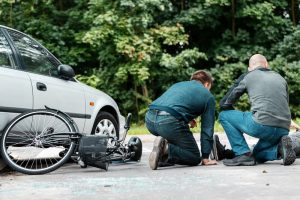 In order to prove the other party’s negligence, your attorney will need to collect and preserve documentation and evidence. The amount of evidence to be obtained and the level of detail required are significant, and you will need a lawyer who is familiar with both. Jurewitz Law Group Injury & Accident Lawyers will hold the at-fault party responsible, so you are compensated for the full amount to which you are entitled. Our attorneys will begin by collecting documentation and evidence from various sources, which may include:

Compensation for a Coup-contrecoup Injury in San Diego

If you or someone you know has sustained a coup-contrecoup injury, it is likely that the strain on the victim and their family is severe. The negative effects may be far-reaching, affecting almost every aspect of the victim’s life. The road ahead may be long, challenging, and painful. Their quality of life may be permanently impacted, and long-term disability may become a reality for them, as well. These can affect a victim’s dependents on an ongoing basis, depending on many factors, such as the level of functioning and post-injury earning capacity.

If the accident was the fault of someone else, you may be entitled to receive money in the form of damages paid to you by the at-fault party’s insurance company or by the party directly through a lawsuit. Damages are monetary compensation paid to the victim for expenses incurred and other negative impacts caused by the injury. Damages may include amounts to cover:

If you have sustained a coup-contrecoup injury from a bicycle accident with a motor vehicle in San Diego, you need an experienced attorney to make sure you get the money you deserve. Your Jurewitz Law Group Injury & Accident Lawyers injury lawyer will obtain all the necessary documentation and evidence to prove your claim during this time-sensitive period.

Our expert legal team is ready to get to work on your case, just as we have done for our many satisfied clients who found themselves in a similar situation after sustaining a severe injury caused by someone else. Contact our offices (619) 233-5020 today to speak with one of our San Diego accident legal team to discuss your options. We will guide you through this overwhelming time so that you and your family can heal and move on from this devastating experience.