When you choose an obstetrician‚ you put your life and the life of your future child in his hands. If a birth complication occurs‚ you trust him and his team of medical professionals to quickly act and prevent it from jeopardizing the health of your baby.

However‚ when medical practitioners are inattentive and overlook a potential problem‚ they fail to diagnose and treat a birth injury that will hurt the baby temporarily and sometimes permanently. If your doctor fails to prevent this‚ your child may contract cerebral palsy (CP)‚ a motor and nerve condition that can result in a wide range of physical and mental disabilities.

What is Cerebral Palsy?

Cerebral palsy is brain damage. CP is caused by an injury to the brain before‚ during‚ or shortly after birth. In many cases‚ no one knows for sure what caused the child to contract this disability or what may have been done to prevent it.

A birth injury is reported to occur in 27 of every 1‚000 live births‚ with the severity of the birth injury ranging from mild to debilitating. 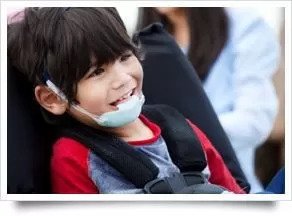 If your child’s CP was caused by a medical mistake‚ it is not your fault. Call a San Diego Cerebral Palsy lawyer at the Jurewitz Law Group Injury & Accident Lawyers at (888) 233-5020 to discuss your claim.

What Are the Side Effects of Cerebral Palsy?

Approximately half of all children with CP experience seizures. Unfortunately‚ CP is incurable. However‚ therapy can help ease the symptoms for child development as well as help the patients and their families deal with the emotional and physical stress caused by the disorder.

Was My Child’s Cerebral Palsy Caused by Medical Malpractice?

Though only about five to ten percent of children (About 15 percent contracted after birth and roughly 75 percent contracted in womb) with cerebral palsy suffered a birth injury that resulted in CP‚ it is still important to look at all the factors and medical records to pinpoint the cause.

Common causes of recognizable brain injuries during birth include oxygen deprivation‚ infections or bleeding in the brain. A brain injury sustained during birth could have been prevented. Medical malpractice is responsible for thousands of cerebral palsy cases.

During delivery‚ a doctor must make sure that the baby gets enough oxygen. There are several circumstances that can make this difficult‚ i.e. breach delivery‚ the baby is too large‚ or the umbilical cord wraps around the baby’s neck. Though‚ doctors must anticipate complications and be prepared to act or order a C-section.

If your child’s Cerebral Palsy was caused by a medical error‚ it’s not your fault. You have a right to sue for damages. However‚ you need a birth injury attorney and a trained physician to review the medical records and give a licensed opinion on whether you have a case or not. Contact one of the trained San Diego birth injury attorneys at the Jurewitz Law Group Injury & Accident Lawyers at (619) 233-5020 or (888) 233-5020 to have your case looked at.