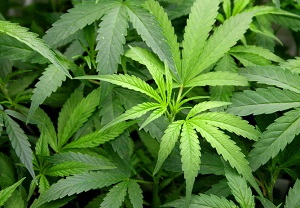 Now that Colorado and Washington have legalized the use of marijuana for recreational use and many other states have liberalized their marijuana laws, concerns have been raised as to whether marijuana-impaired drivers will contribute to a big increase in traffic deaths and injury accidents.

Studies have shown that marijuana can decrease peripheral vision, slow decision-making and impede multitasking. Some of these studies also show that drivers high on pot are less likely to engage in risky behavior while driving. They tend to drive slower, avoid erratic lane changes and allow extra space between themselves and another vehicle.

However, it has also been shown that drivers who are under the influence of both marijuana and alcohol tend to lose the heightened caution they may have exhibited while being high on pot only. In fact, the combination of the two substances is a potent brew that exponentially increases a driver’s impairment while on the road.

While it is still illegal to drive under the influence of marijuana in all 50 states, there is still no hard and fast rule as to what defines marijuana-related impairment. Colorado, Washington and Montana have set the threshold for intoxication of 5 parts per billion of THC, but most states have not set a specific limit. Not all states even check for marijuana impairment.

A Yale University Medical School expert on drug abuse told the Huffington Post that the studies on the relationship between marijuana use and crash risks is still “highly inconclusive.” He said that some studies show a substantial increase while others showed none. Some studies have found that those who tested positive for marijuana while driving were actually less at risk to get in an accident.

The executive director of the Governors Highway Safety Association said that while the jury is still out as to whether the marijuana-impaired driving is a big or small problem on our nation’s roads and highways, “anytime a driver has their ability impaired, it is a problem.”

If you have been injured in an accident with an impaired driver, the traffic accident attorneys at the Jurewitz Law Group Injury & Accident Lawyers would like to talk to you about your case. You may be entitled to compensation for medical bills, hospitalization and other damages. Contact us today online or call us at (888) 233-5020 to set up a free consultation concerning your case.