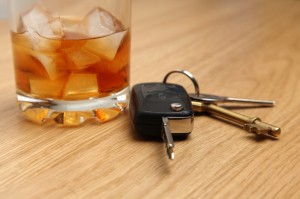 Each year, drunk drivers kill more than 10,000 people. About one third of all traffic deaths in America involve a driver who was legally drunk. Driving under the influence of drugs has become a big problem, as well. Sadly, many accidents happen this time of year. With more people out traveling after celebrations that may include alcohol, the dangers on the road can ruin anyone’s holiday season.

Because this problem comes around each year, December has been named National Drunk & Drugged Driving Prevention Month. This year, President Obama announced the launching of “The Drive Sober or Get Pulled Over” campaign. Lasting from December 16 until the first of January, the campaign hopes to raise awareness of drunk and drugged driving dangers. The President said the campaign aimed to prevent as many road tragedies from happening as possible.

The frustrating fact is that all these accidents could be avoided. If you’re celebrating the holidays with a drink or two, make plans for it. Designate a driver, call a cab, or get an Uber. There are many ways you can avoid getting behind the wheel after one too many. When you drive drunk or drugged, you put more than yourself at risk. Everyone on the road is in danger.

If you or anyone you love gets into a car accident this holiday season, know that Jurewitz Law Group Injury & Accident Lawyers is here. Our experienced attorneys have handled many car accident cases. We can help you get through this tough situation.