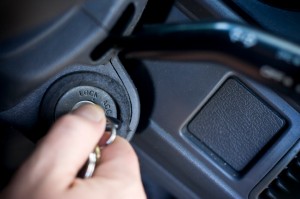 One need look no further than a recent high-profile news story to see that manufacturers and regulators are often not looking after the public’s best interest when it comes to product safety.

General Motors (GM) is on the hot seat for not recalling vehicles that had an ignition switch defect that inadvertently shut down a car’s engine and led to electrical system failure. That failure disabled airbags, power brakes and power steering in the affected vehicles. GM allegedly knew about this problem for 10 years and did nothing about it. Frighteningly, it has been alleged that the National Highway Traffic Safety Administration (NHTSA) also knew about the problem but did not act to protect the public.

Reportedly, at least a dozen people may have died as a result of crashes caused by this defect.

This whole problem may have been conveniently swept under the rug had it not been for a wrongful death lawsuit filed after a Georgia woman was killed when her Chevy Cobalt crashed. An engineer hired by the family’s attorney determined that the crash was caused by the faulty ignition switch in her vehicle. His discovery eventually forced GM to admit that the switch was defective. The New York Times stated that the lawsuit “set in motion GM’s worldwide recall of 2.6 million Cobalts and other cars.”

Of course, there are “tort-reform” advocates who insist that product liability and personal injury lawsuits are out of control and need to be limited. These advocates also tend to be the people who want to limit product safety regulations and to handcuff regulatory agencies.

Of course, as with anything, product litigation is not a perfect system, but it is interesting to note that in 2003, health experts at the Johns Hopkins School of Public Health stated that while litigation is “not a perfect tool for product-related injury prevention, it can be a critically important intervention against unsafe products particularly where product regulation is absent or has failed to achieve an adequate level of safety.”

Jurewitz Law Group Injury & Accident Lawyers in San Diego is committed to helping those who have been injured by dangerous and defective products. We believe those who manufacture, distribute or sell defective products need to be held accountable when they put profits before public safety. Call us today at (888) 233-5020 if you or a loved one has been harmed by a defective product.