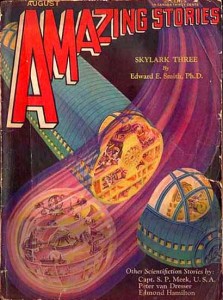 It’s incredible to think that the technological feats humanity has accomplished just over the past century alone were once relegated to the realms of imagination in science fiction of yore. Sure, we may not yet have flying cars, teleporters or advanced artificial intelligence, but we have sent people into space, cured various debilitating and even fatal diseases and established a wireless communications system through which we can send complex data near instantaneously to people on the other side of the globe.

Below are the top five science fiction predictions which have become reality in today’s world.

Do you know of any other technologies that were predicted in science fiction? Please share them with us on the Jurewitz Law Group Injury & Accident Lawyers Facebook page.