The Steep Price of Distracted Driving 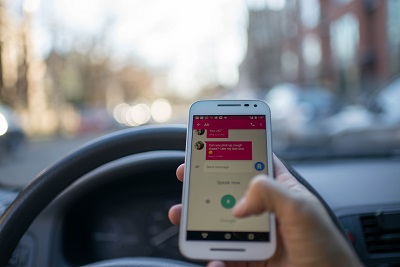 Tammy Watts, a 34-year-old woman from San Diego, was being released from prison after 180 days. She entered the press room. She carefully walked to the table, head down, and took her seat. Silence filled the room as she pulled out a small piece of yellow legal-pad notebook paper. Her hands trembled as she unfolded the paper, its crackling through the microphone as loud as a jet engine. After a moment, she leaned into the microphone and began to speak.

“No words will ever adequately express the guilt, shame, and heartbreak that I have felt since that fateful day last fall, and every day since then, and every single day from here on out, for the rest of my life.”

Ms. Watts paused as she fought back the tears that were simmering underneath. She closed her eyes, took a deep breath, and steadily resumed:

“I want to be clear that I’m not speaking out today because of a court order. This is something in my heart. No child should be robbed of a parent because of the selfishness and thoughtlessness of someone like me. These last six months in prison have taught me that life is fragile and precious, and that we should all treat it as such—not just our own lives, but the lives of others, as well.”

On October 7, 2016, Tammy Watts was driving north to visit her sister in Los Angeles. While taking a detour to avoid traffic, she received a phone call from her sister. Thinking the call was pertinent to her trip; she grabbed her phone from the passenger seat, lost hold of it, dropped it on the passenger’s side floor, then heard a sudden thump coming from outside her vehicle. She slammed the brakes.

“It can happen so fast. If you’re speeding along at 60 miles per hour, that’s roughly 90 feet per second. Looking away or being distracted for just one second means your eyes are not on the road for 90 feet. And for me, in that 90 feet was John Arnason and his twin three-year-olds, Maggie and Mindy, outside enjoying a bike ride.”

John was riding his mountain bike with the twins in tow in a trailer behind him. As Watts’ car sped toward him, John barely had enough time to react. He quickly turned the bike, sending the trailer with the twins down the shoulder of the road. He was pronounced dead on the scene. The twins suffered only minor injuries.

“I think about this every night before I go to sleep and every morning when I awake. And it’s just so…senseless.”

Now, while the above scenario isn’t necessarily based on real events, the legal issues faced throughout can be real. If you or someone you love has been the victim of driver negligence, you should seek legal assistance. Contact the team at Jurewitz Law Group Injury & Accident Lawyers today for a free consultation. You can reach us at (619) 233-5020 or toll-free (888) 233-5020.