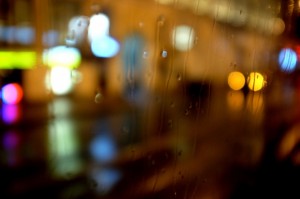 For all the hype, El Niño has been more of a letdown than a downpour this season. In total, Southern California has only seen a few serious rainfalls, while the northern half of the state has been hit hard with precipitation. Forecasters are calling for more rain as we move into Spring. As of now, it looks like the drought will maintain its grip. This is troubling for many reasons and scientists are unsure what impact another year of drought could have on the state. But one thing is for certain – when the rains do come, our dried out region could face another round of severe flooding.

We only need look to the few recent storms to confirm this suspicion. When the rains fell in early January, roads, highways and parking lots throughout San Diego were flooded over. In many instances the roadways were rendered completely impassible by normal vehicles. Flash flooding caused nearly 300 vehicle accidents in the area over one five hour period. Unfortunately, most people were caught off guard when the flooding began. One minute they were heading home from work, the next minute their car was completely submerged and rescue teams were taking them to safety in a boat.

So what can you do if you find yourself driving in rising waters? Consider some of the following basic safety tips to avoid losing your car, or your life, to flooded streets:

If you are injured due to another driver’s reckless actions, you may be about to take legal action. Contact Jurewitz Law Group Injury & Accident Lawyers today for more information or to discuss your legal options.