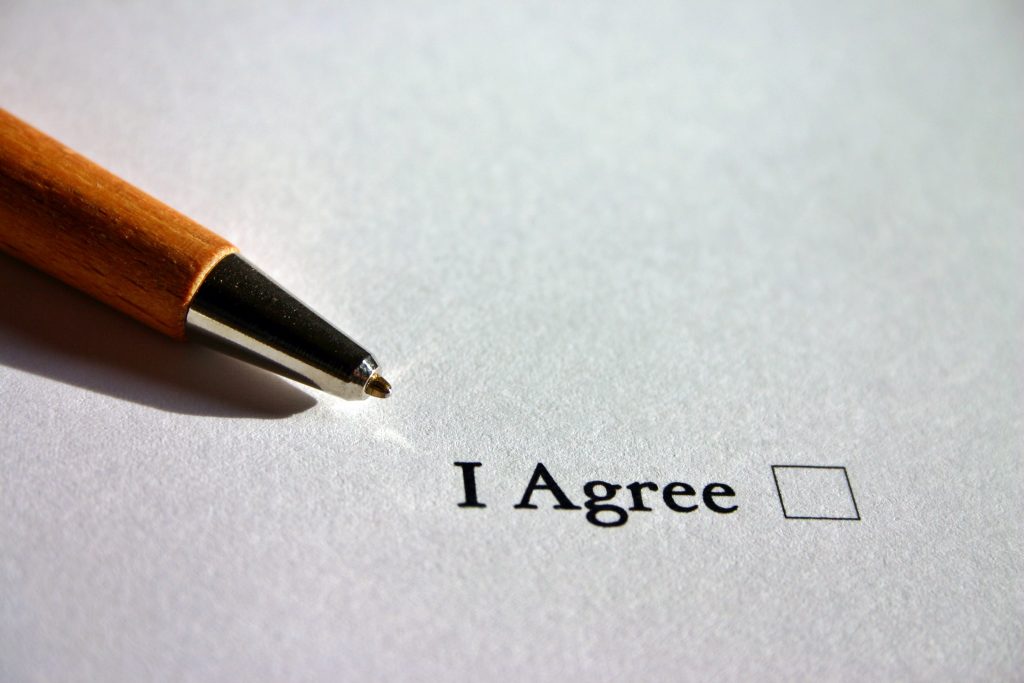 Many people mistakenly believe that by signing a waiver, they’ve given up all of their rights to sue the company that made them sign the waiver. This is not necessarily the case. If you are worried about signing a waiver, you should check with an experienced personal injury attorney beforehand.

Signing waivers has become ubiquitous in our society, as all companies have a deadly fear of lawsuits. Whether you’ve filled out a waiver before going bungee-jumping or signed a “binding” arbitration agreement prior to your medical treatment, California laws still protect you if the company that asked you to sign performed its duties in an unacceptable way.

What Is a Waiver and When Does It Apply?

A waiver is a signed agreement that involves the voluntary relinquishment of some known right or privilege. Consumers usually encounter waivers in the form of a contract with a service provider that must be signed prior to participating in a specified activity. By signing the waiver, the person agrees to absolve the service provider of any liability for injuries that are the result of participation. The wording of the agreement might even stipulate the service provider is absolved in the event of negligence on the part of the provider, its employees, or its agents.

A waiver is also known as a release of liability. Similar agreements include a disclaimer, an indemnification agreement, a covenant not to sue, and an informed consent agreement. Each of these types of agreements is similar to a waiver, though each has its own unique uses and effects.

Reading an agreement like this, you could be forgiven for thinking that you’re out of luck in the event of an accident. Most waivers will include language that states the service provider is not responsible for any injuries that result, either directly or indirectly, from mistakes or errors on the part of the provider, thereby relieving them from the duty of care that normally would apply!

Fortunately, there is more to the law than that.

When Does a Waiver Become Unenforceable?

Waiver laws differ by state. In California, the State Supreme Court has found that while waivers will remain in force when ordinary negligence was involved on the part of the service provider, the waiver will be invalidated by acts of gross negligence. Gross negligence is defined as “an extreme departure from the ordinary standard of conduct.”

This may seem like a high threshold to have to meet, but as pointed out in the LA Times, “Even though people now can sue only for gross negligence, juries tend to assume that any accident that results in a serious injury or death must have involved gross negligence.” Juries lean towards viewing extreme accidents as NOT protected by waivers, no matter how clear and specific the language of the waiver is.

Another factor that affects the enforceability of a waiver is how unambiguous it is. In legal language, an ambiguity exists when one party, “Can identify an alternative, semantically reasonable meaning of a writing.” If it’s found that a waiver contains ambiguous wording or unclear provisions, a court may decide that it doesn’t apply to your accident.

Furthermore, knowledge of risk is also a factor when looking at a waiver. If you signed a waiver before going bungee-jumping, and you are injured by the speed of the fall, it’s assumed that you had reason to know that speed might be a risk of this activity. But if you injure yourself slipping on the ground while getting into the harness because an employee spilled a soda, this is not a reasonable risk that you could have been foreseen. If a jury decides that the company or staff was negligent in maintaining the premises, the bungee-jumping waiver would probably not be applicable.

What About Binding Arbitration Agreements?

An arbitration agreement specifies that rather than taking a service provider to court, any dispute that arises between you and the provider will be settled by a third-party arbitrator. While these arbitrators are supposed to be neutral, they often have relationships with the companies that use them, so you may not be treated fairly.

California courts treat arbitration agreements in a similar manner to waivers. They must be clearly worded and lack any ambiguity. They also may become invalid in cases where gross negligence occurred.

You should always be careful when signing any document. Ask yourself what rights you are signing away, and whether you have a choice to not sign. Unfortunately, consumers rarely have a choice when it comes to recreational or event waivers and arbitration agreements. But that doesn’t mean you have no recourse if you’re seriously injured.

If you or a loved one has been injured during an activity after signing a waiver, immediately consult with an experienced San Diego personal injury attorney. Our friendly and knowledgeable lawyers at Jurewitz Law Group Injury & Accident Lawyers will be able to review your situation in a free consultation, and let you know if you have a strong legal claim. If we represent you, you pay nothing until we win you compensation from the at-fault party. Call (888) 233-5020 to schedule your free consultation today.