Car crashes and bursts into flames 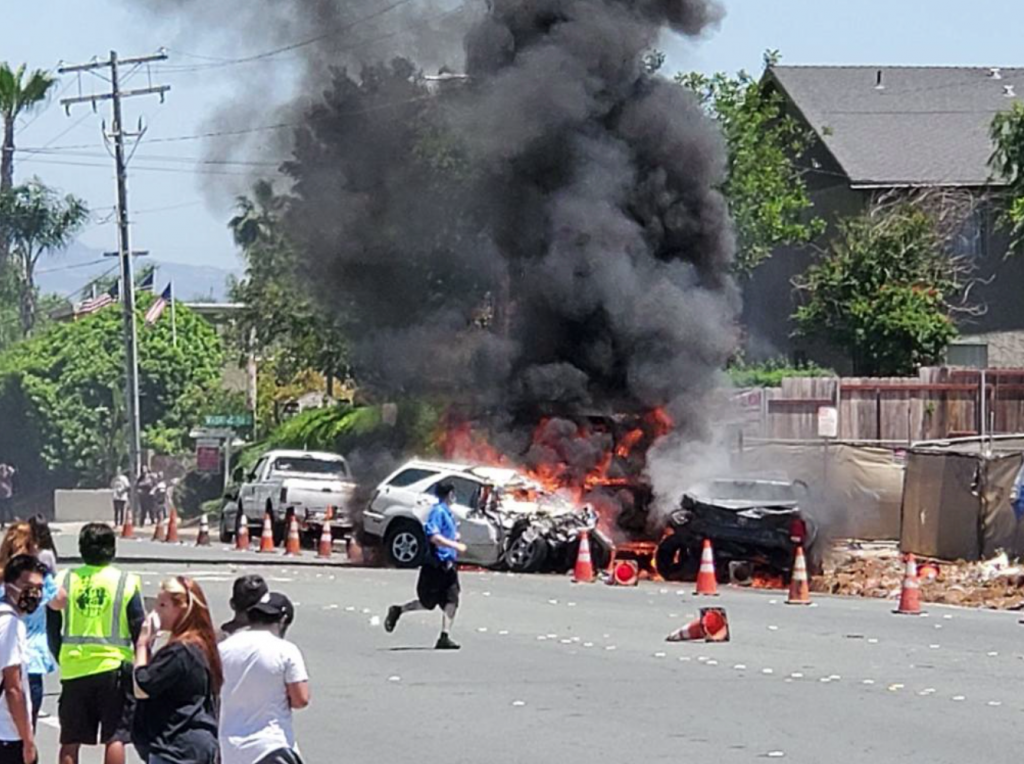 EL CAJON, CA – A driver in a Lexus SUV died on Tuesday after the vehicle crashed into a construction site and then caught fire.

Fox 5 reports that the accident occurred at 1:30 on May 5 while the driver was on East Washington Avenue. The 2000 Lexus RX350 crashed into several vehicles on the construction site, which caused a chain reaction of explosions and fires. Police officers reported that four vehicles, including the Lexus, were on fire when they arrived at the scene.

The driver did not exit the vehicle after the crash and was severely burned in the fire. Officials pronounced the Lexus’ driver dead on the scene, but they have not released any identifying information about the driver.

The police transported a construction site worker to the hospital with minor injuries. This worker sustained injuries to his back after the collision caused a toolbox to fly towards him. None of the other workers on the site were injured in the accident.

At this time, it is unclear what caused the driver to veer off the road and head toward the construction site. The police are still investigating this accident, and we will provide updated information as it becomes available.

Disclaimer: Many of the accidents we report on are preventable. Our hope is that by publishing information about severe accidents, we can equip readers with the information they need to avoid finding themselves involved in such a tragedy. These stories are painful, but real, as they are sourced from news outlets. Outlets sometimes update their published reports. If information on this blog is outdated or incorrect, please let us know so we can update our posting to the most up-to-date information. These posts do not contain legal advice and should not be construed in such a way.